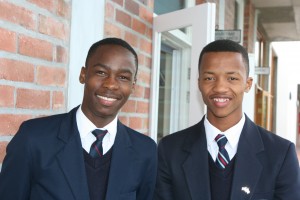 The trip in October 2015 will be the third time Lawhill students have been selected to participate in the Marine Inspirations (www.marineinspirations.org) programme, an initiative which aims to give young maritime students hands-on seamanship experience and expose them to possible career opportunities in the world of yachting and the maritime field.

The Marine Inspirations programme, which has attracted increasing support since it was launched in October in 2014, is currently supported by a number of highly respected captains, yacht-owners, ship-managers and associated individuals and organisations in the international maritime industry.

The initiative is also strongly endorsed in South Africa by the General Botha Old Boys Bursary Fund (www.GBBursaryFund.org) which is supplying set-up funding and logistical support in Cape Town before the students embark upon their adventure in October 2015.

“The Lawhill programme has shown that one can find and nurture maritime talent among those who have no idea such an industry exists, let alone knowing about the exciting careers it offers."